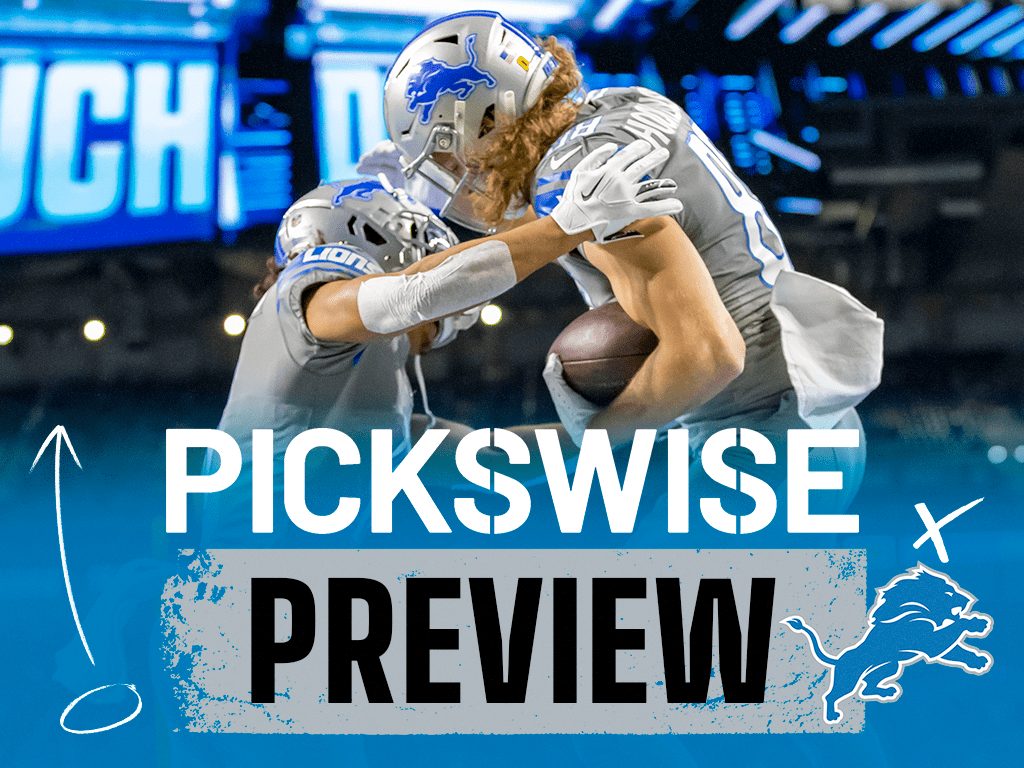 Not much was expected of the Detroit Lions in 2021 when they traded away star quarterback Matthew Stafford and appointed Dan Campbell as head coach. And after going 3-13-1, some might say that those expectations were justified. However, the Lions showed plenty of promise in some games, springing a couple of upsets and pushing some good teams close. Now, after a strong draft and some free agency acquisitions, can Detroit continue their climb back towards a place in the postseason?

The Lions are currently available at +15000 odds to win Super Bowl 57 with DraftKings Sportsbook, which is tied-3rd for the biggest odds in the NFL alongside the Seahawks and the Bears. Only the Falcons and Texans have bigger odds.

The Lions are +6000 to win the NFC, ahead of the Panthers, Bears, Seahawks and Falcons in the betting.

Unsurprisingly, the Lions are +1000 to win the NFC North behind the Green Bay Packers and Minnesota Vikings, who are available at -190 and +265 respectively. Detroit is however ahead of the Bears, who are +1400 odds.

The Lions’ win total line is set at 6.5 games for the 2022 NFL season. If you like them to win 7 games or more, you can bet that at -115 odds with DraftKings Sportsbook. If you believe they’ll win 6 games or fewer, then that is available at -105 odds. The Lions are +400 to make the playoffs and -550 to miss the playoffs this season.

The Lions finished with a 3-13-1 record last season and wound up with the 2nd-worst record in the NFL behind the Jacksonville Jaguars. That wasn’t entirely surprising, as the Lions traded away star quarterback Matthew Stafford and got rid of a host of other key pieces to their team. As a result, their offense was lackluster at best as Jared Goff struggled to get things going and the team lacked any real strength at receiver. Amon-Ra St. Brown and Quintez Cephus showed some potential, but nothing that’s overly exciting.

Detroit did however stay close in some games and that is highlighted by their 11-6 ATS record last season. Overall, 3-13-1 was a little harsh on how Dan Campbell’s team actually performed in 2021, but there wasn’t a lot about the team to say that they could be this season’s Cincinnati Bengals.

Overall, the Lions should improve this season. For starters, getting to play a weak Bears team twice is a major plus, but also on their schedule are the Seahawks, Giants, Jaguars, Jets and Panthers. There are plenty of winnable games for Campbell’s team this year and although making it to the playoffs seems like a longshot, improving on last season is certainly realistic. D’Andre Swift should carry the load out of the backfield and Jameson Williams will be an exciting prospect at wideout. On the defensive side of the ball, Detroit can build off last year’s solid effort with 2nd overall pick Aidan Hutchinson leading the D-line.

There are reasons to be optimistic about this Lions team with a soft schedule, but it’s worth noting that those “weaker” teams will be eyeing up Detroit in exactly the same way.

Although I expect the Lions to be better this season than they were last, I think it’s a big ask for them to win at least 7 games. While the teams mentioned above amount to 7 and are all winnable, it’s still hard to see Detroit actually winning all of those games. And beyond those matchups, they have to take on the Packers twice, the Bills and Eagles at home along with the Cowboys and Patriots on the road, all of which look set to be strong teams this year. The Lions will need a lot to go their way this season if they are to finish 7-10 or better, and it’s surprising to see that over 6.5 wins is actually favored. All things considered, take the under on this one.

As mentioned, I do believe the Lions will improve this season but not to the point others expect them too. Their offense still has a lot of questions to answer and they have some tough games on their schedule. Their season record prediction is for them to finish 5-12.

The Minnesota Vikings and the Detroit Lions meet Sunday in NFL action from Ford Field. Minnesota is 2-1 in their last three games and coming…

The Lions will be looking for their first win of the 2021 season on Sunday when they take on the Chicago Bears. No matter how…

The Detroit Lions and the Seattle Seahawks meet Sunday in NFL action from Lumen Field. Detroit is sitting at 2-12-1 so far this year. The…

The Detroit Lions and Green Bay Packers do battle Sunday afternoon in week 18 NFL action from Ford Field. Green Bay is currently 13-3 on…

The Detroit Lions and Green Bay Packers do battle Sunday afternoon in week 18 NFL action from Ford Field. Green Bay is currently 13-3 on…