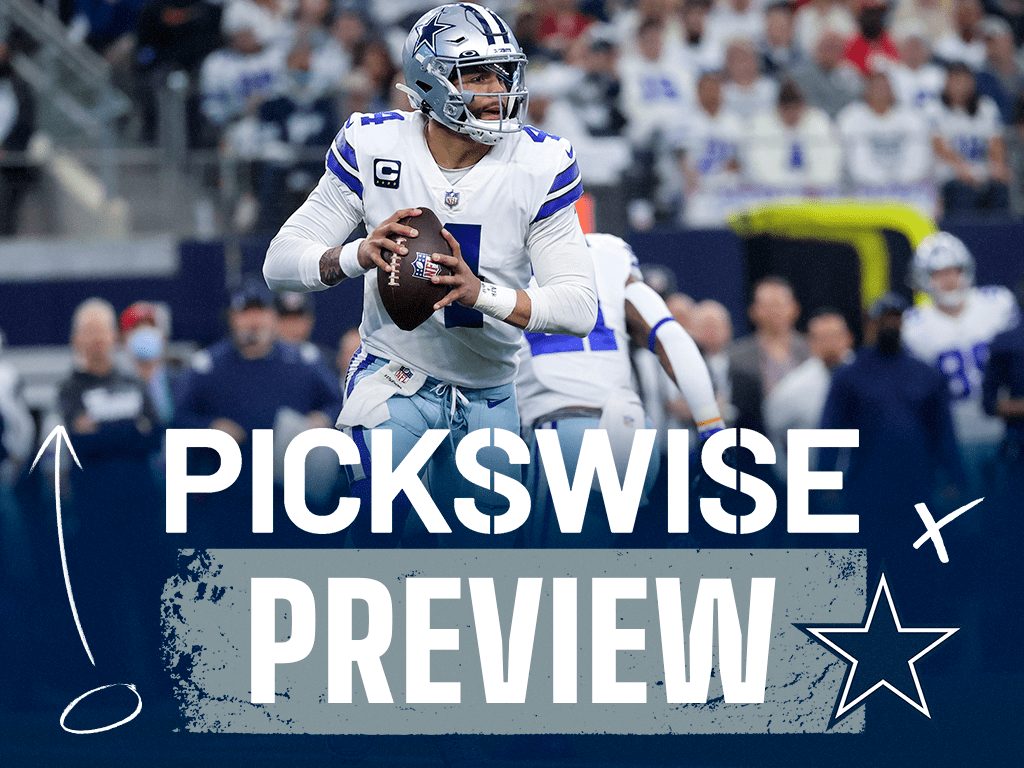 Dak Prescott led the Dallas Cowboys back to the playoffs in 2021, but it was another early playoff exit has Dallas. However, there were a lot of positives to take away from their 2021 season like breakout stars Micah Parsons and Trevon Diggs on defense. But are the Cowboys ready for another playoff run? Or will it be another disappointing season in Dallas?

The Cowboys are +2000 to win Super Bowl LVII, which puts them in the top of the pack.

At +135, the Cowboys are the favorites to win the NFC East. It would be their second division title in as many seasons.

Although the Cowboys were eliminated in the first round of the playoffs, it was a successful season for Dallas. The Cowboys surprised a lot of people with their 12-5 season, and it was largely due to their improved defense. Micah Parsons exceeded all expectations in his first season as he won the Defensive Rookie of the Year award and was a vital part of the Cowboys’ defense. Trevon Diggs was a pleasant surprise in the secondary as the cornerback led the NFL in interceptions, interception yards, and defensive touchdowns. And on offense Dak Prescott shined as he returned from his season-ending injury in 2020, but he’s now just 1-3 in the playoffs.

The Cowboys are going into the 2022 season worse than they did in 2021. During the offseason, Dallas lost wide receiver Amari Cooper, right tackle La’el Collins, wide receiver Cedrick Wilson Jr., and defensive end Randy Gregory who all played important roles for the Cowboys. Without Cooper, that puts even more pressure on CeeDee Lamb, which could become predictable. Prescott and Lamb’s connection grew as the season went on, and there’s no doubt Lamb will be the make-or-break piece to the Cowboys’ offense in 2022. I’ve given up on Ezekiel Elliott because he’s a shell of who he used to be. However, the Cowboys are still the favorite to defend their divisional title and win the NFC East.

For the first time since 2004, I think an NFC East team will win back-to-back titles. The Cowboys won the NFC East last season and have all the pieces to do it again. The Commanders and Eagles improved this offseason, but they’re both more likely fighting for a Wild Card spot than the division title. The loss of Cooper will impact the Dallas offense, but Lamb should shine in his absence and be a principal factor in the Cowboys’ success this season.

The Cowboys have a relatively easy schedule this season when looking at their opponents, so I expect an 11-6 record for Dallas in 2022. That will likely be all they need to win the NFC East.