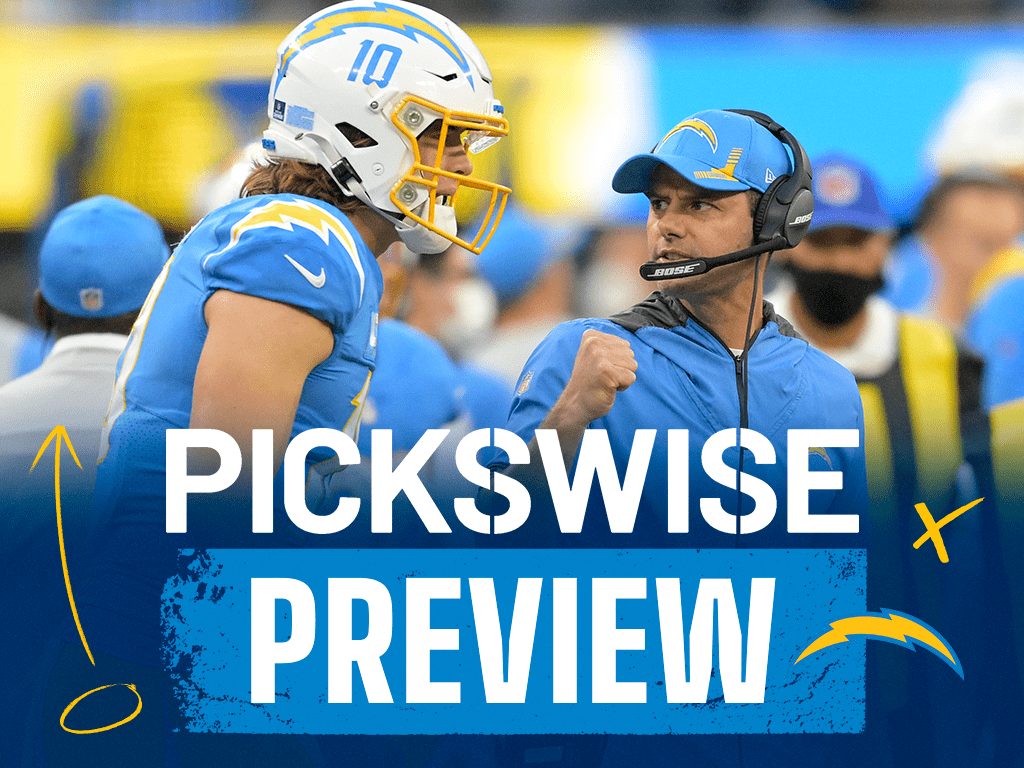 It’s year 3 for Justin Herbert and expectations are sky-high. It was a let-down season the Chargers in 2021 with several bad losses that left a bad taste in their mouth when the season was over, but Los Angeles added several key pieces to their defense for the upcoming season which should help immediately. It’s been since 2018 that the Chargers were playing playoff football, so is Herbert ready to get the Bolts back to the postseason in 2022?

The Chargers are the second favorites to win the AFC West division with +220 odds, as Kansas City is the favorite at +175.

The Chargers were the most inconsistent team in football last year. They had several excellent wins such as a season sweep over the Kansas City Chiefs or a 41-22 win over the Cincinnati Bengals, which made people wonder if the Chargers were a top 3 team in the AFC, but they also had their share of bad losses. Those notable losses included a 34-6 loss to the Baltimore Ravens and somehow losing 41-29 to the Houston Texans. However, Justin Herbert shined in his sophomore season as he threw for over 5,000 yards and 38 touchdowns which moved him to the ranks of a great quarterback.

In year 3, Herbert is expected to lead the Chargers back to the playoffs for the first time since 2018. Los Angeles has one of the most talented offenses in the NFL, with Herbert, Keenan Allen, Mike Williams, and Austin Ekeler headlining the group. One of the bigger weaknesses the Charges had in 2021 was their offensive line which offered below-average protection to Herbert, so the Chargers made solving that weakness their main priority. They used their first-round draft pick on Zion Johnson from Boston College to help boost their offensive line, which should make an immediate impact in 2022. It won’t be easy since they’re in the AFC West with the Chiefs, Raiders, and Broncos, but the Chargers are more than ready to make some noise in the west.

The Chargers’ schedule features a lot of weak opponents, especially in the first half of the season. From Week 3 to Week 9, the Bolts play the Jaguars, Texans, Browns (without Deshaun Watson), Broncos, Seahawks, and Falcons. That will be their easiest stretch of the season by far, but the Chargers should hopefully come out of that 6 game span with 6 wins if all goes well. That means Los Angeles only needs 5 more wins in 11 games which seems more than feasible for one of the best offensive teams in the NFL. 10 wins is attainable for the Bolts in 2022.

An 11-6 season seems the most realistic to me. An underdog win against the Chiefs or Rams could lead them to 12 wins, but that’s hoping they get lucky in a few games. Winning 11 of their 17 games would put the Chargers in a great spot to end their playoff drought and grow Herbert’s legacy.

Check out our best bets to win the AFC this season

With their win over the Las Vegas Raiders, did the Los Angeles Chargers prove that they are a legitimate threat to the Kansas City Chiefs…