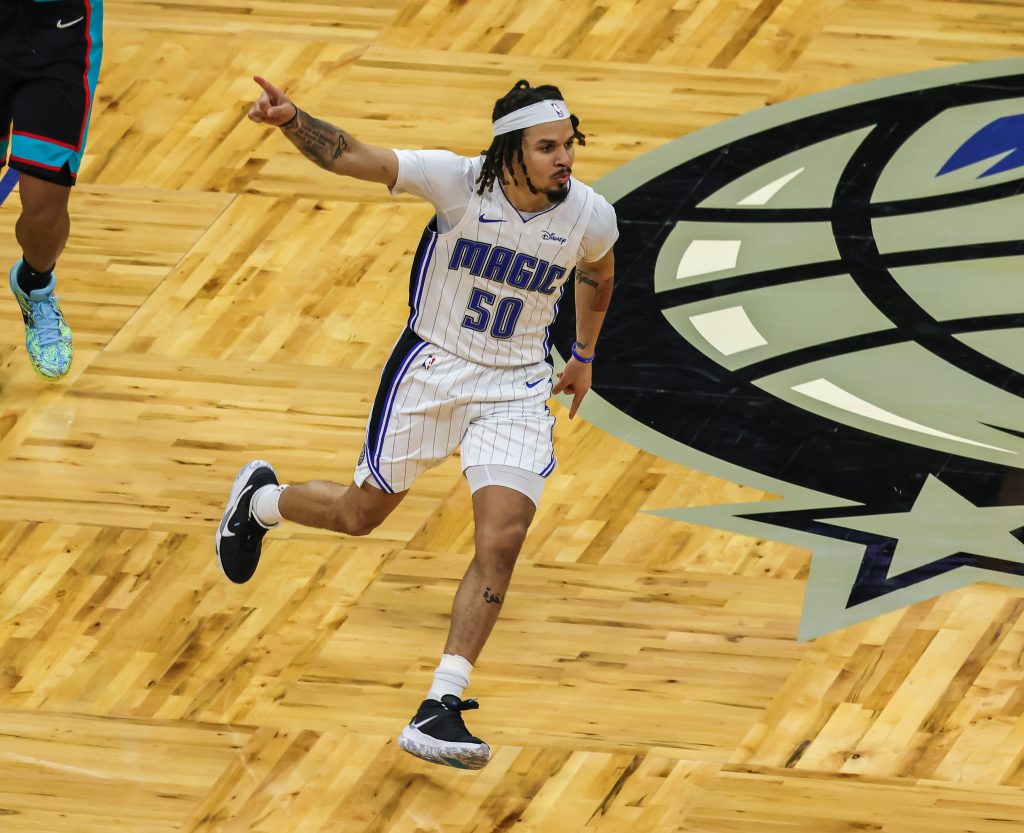 Tonight there is an eight-game NBA slate to kick off the week and an exciting ESPN doubleheader. The Warriors pay a visit to the Pelicans who will be desperate to claim a win and reduce the gap between the teams to just two games and give them a chance to earn a play-in spot. Then later the Lakers will be hosting the Nuggets, looking to end their three-game losing streak. A loss here could see the Lakers slip below the Blazers and into the seventh spot in the standings.

You can see our full game previews here. In the meantime, let’s take a look at some of the best player prop picks for tonight’s games.

With the Magic in a full rebuild, and with Michael Carter-Williams remaining out through injury, Cole Anthony has been given full reigns of the squad. Over the last 10 games, he has been able to step up by putting together several solid performances. His assists numbers have been consistent, and he has managed to record six or more dimes in five of his last eight games.

Tonight, he will be going up against another rookie in Killian Hayes, who is not a standout athlete. This should allow Anthony to be successful in getting into the paint off the dribble. However, with Isaiah Stewart set to get another start for the Pistons, the level of rim protection that he provides should encourage Anthony to pass out of the paint. That should then mean higher assist numbers for him on the night.

Be sure to check out our full game preview for Orlando Magic vs. Detroit Pistons.

With the latest injury to Nerlens Noel, there is a chance that Julius Randle will find himself deployed at the five spot here tonight, facing off against Jonas Valanciunas. With the Lithuanian big man uncomfortable when it comes to guarding opponents on the perimeter, Randle should be able to take full advantage and continue his hot shooting streak.

Over the last 10 games, Randle is averaging over 31 points per game and is knocking down 50 percent of his three-point attempts. It has allowed him to make at least three shots from deep in six consecutive games. With a favorable matchup, look for that to continue tonight.

Be sure to check out our full game preview for New York Knicks vs. Memphis Grizzlies.

Nikola Jokic has been averaging 11 rebounds over his last 10 games. On top of that, he is averaging 12.5 rebounds against the Lakers in their two meetings so far this season. Whilst his opponent tonight will be Andre Drummond, who is a dominant rebounder, it should not stop Jokic from getting his rebounds.

Drummond does not have the ability to shoot outside the paint meaning his opponents do not venture far from the rim. In the last five games, the Lakers have played the opposing big man was able to reach or exceed his season average for rebounds on each occasion. Jokic averages 10.9 rebounds on the season, and if that trend were to continue, this pick would be a hit.

Be sure to check out our full game preview for Denver Nuggets vs. Los Angeles Lakers.

When these teams last met in January, Rudy Gobert was able to dominate the glass against Jakob Poeltl, picking up 16 rebounds in just 27 minutes of action. Tonight, the two big men are set to face off once again, but this time around the game may not be a blowout like in the first instance. Donovan Mitchell and Mike Conley remain out for the Jazz which could mean Gobert is likely to see several more minutes of action in the fourth quarter.

The Spurs have recently given up several big rebounding nights to the likes of Bam Adebayo, Alex Len, and Tristan Thompson, with all three players surpassing their season averages. Thompson was able to collect 15 rebounds against them. With Rudy Gobert managing 14 or more boards in five of his last 10 games, this matchup should allow him to record another monster night on the glass.

Be sure to check out our full game preview for San Antonio Spurs vs. Utah Jazz.

Tonight there is an eight-game NBA slate to kick off the week and an exciting ESPN doubleheader. The Warriors pay a visit to the Pelicans…

I am back for a second straight night of player props and tonight is a big one, with a monster 11-game NBA slate ahead of…

The Pickswise team is on roll when it comes to NBA player props right now, hitting our last seven picks. I am going to try…

ESPN posted a new post, Braves' Ynoa out after breaking hand on bench 16 minutes ago