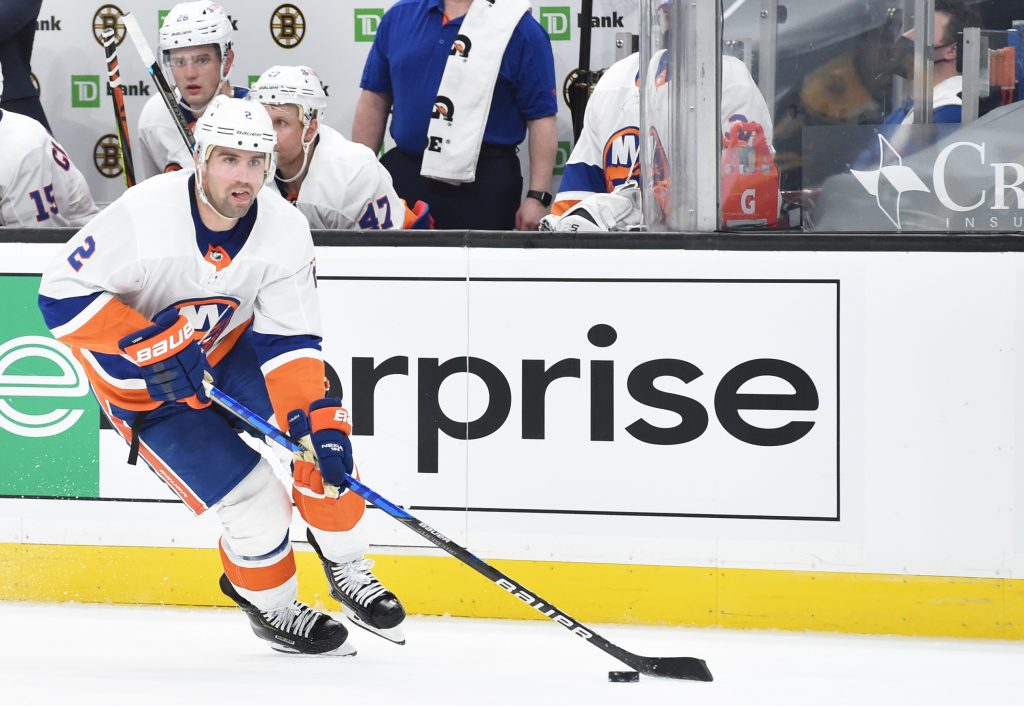 We’ve got a massive 14-game slate for Monday’s NHL card, and that means there are plenty of opportunities for value. Right now, we’re going to be focusing on player props, bringing you a few of our favorite props. Before you bet these, make sure you also check out our picks on the side and total for every game.

The Islanders are having a very solid season, clinching a playoff spot recently. These last few games will likely be seen as a tune-up, though there is still a chance the Islanders could move up or down in the top four of the East Division. Tonight they will look to feast on the Sabres, who are easily one of the worst teams in the NHL. We are going to back a rare Islanders player tonight, but maybe not one we have used before. Nick Leddy will the man in focus. He has 29 points this season, though 27 of these points have been assists. In four of the six games against Buffalo, Leddy has at least one assist, which is where we are looking tonight as well.

Be sure to check out our full game preview for New York Islanders vs. Buffalo Sabres.

The New York Rangers have essentially been eliminated from the playoffs. That does not mean they will not play hard down the stretch and try to ruin the seeding of teams like Washington. Tonight, we are going back to a prop we have used before and that is Mika Zibanejad to have shots on goal. This prop has been bumped up half a point since we last went to it, but we still like it here at plus money. Zibanejad is also coming off a game with eight shots on goal, so we figure he can grab at least three tonight. He is averaging 5.25 shots on goal over the last four games, so backing him here will be our play.

Be sure to check out our full game preview for Washington Capitals vs. New York Rangers.

After losing their most recent game to the Vegas Golden Knights, the Arizona Coyotes are going to need to play their best hockey in the final week or so if they hope to catch the St. Louis Blues for the final playoff spot in the West Division. The Coyotes will be playing the Los Angeles Kings tonight, a team they should be able to handle. Here we are going back to a prop we have used recently and that is Nick Schmaltz. He failed to score a point the last time out, so instead we will go to his shots on goal prop. Schmaltz has 104 shots on goal this season, averaging out to 2.03 shots per game. Against the Kings, he is averaging 2.33 shots on goal per game. This is over a span of six games and he has cashed this prop in five of those games. For that reason, we like Schmaltz to shoot enough tonight.

Be sure to check out our full game preview for Los Angeles Kings vs. Arizona Coyotes.

Pickswise is the home of free NHL picks and predictions. Make sure to also check out our ‘NHL parlays‘, ‘NHL best bets‘, and ‘NHL props‘ tabs for free plays all season long.

We’ve got an 11-game slate for Thursday’s NHL card, and that means there are plenty of opportunities for value. Right now, we’re going to be…

We’ve got a five-game slate for Friday’s NHL card, which means there are plenty of opportunities for value. Right now, we’re going to be focusing…

We’ve got a nine-game slate for Thursday’s NHL card, and that means there are plenty of opportunities for value. Right now, we’re going to be…

SportsGrid posted a new post, No Bucks’ Players Will Sit on Saturday 48 minutes ago