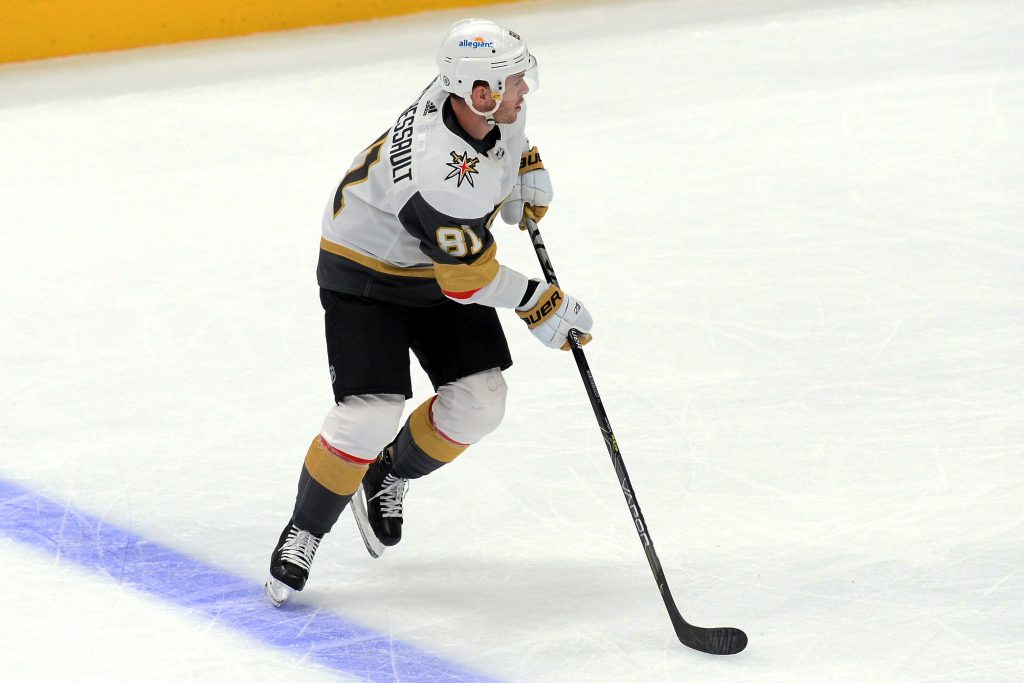 We have only a one-game slate for Thursday’s NHL, so we will be looking to find one player for each team that presents some value. Right now, we’re going to be focusing on NHL player props, bringing you a few of our favorite props. Before you bet these, make sure you also check out our picks on the side and total for every game.

The Avalanche wasted a golden opportunity to take control of this series at home in Game 5. They were even 2-0 up in the game, but lost 3-2. Tonight we are going to back Cale Makar to have an assist. He has been one of Colorado’s bright spots in this series with a total of six points. Five of these points were in the form of an assist, so him scoring a goal is likely out of the question. There is no doubt that this Vegas defense has been stellar, allowing an average of 2.0 goals per game from Game 2 on, but Makar must be involved tonight if the Avalanche are going to extend this series. Therefore, at nearly even money, we like Makar to be a facilitator in this must-win game.

Be sure to check out our full game preview for Colorado Avalanche vs. Vegas Golden Knights

Something must have clicked for the Vegas Golden Knights after Game 1 because they have been stellar ever since. They lost Game 2, but even that was a contest they were in it until the end. Jonathan Marchessault has been the most consistent player for the Golden Knights and we are looking to back his point prop here once again. He has had at least one point in every game so far this series and even had a hat-trick in Game 4. He now has seven points in the five games played, four of which came in their home games. Given the situation tonight, we expect Marchessault to be heavily involved in the offense again. Oddsmakers still have this prop set at a reasonable price, so we will be backing Marchessault to have at least a point in his sixth straight game against Colorado.

Pickswise is the home of free NHL picks and predictions. Make sure to also check out our NHL parlays, NHL best bets, and NHL props tabs for free plays throughout the playoffs.

We’ve got a two-game slate for Sunday’s NHL card, but there are still plenty of opportunities to find some value. Right now, we’re going to…

We’ve got a seven-game slate for Friday’s NHL card, and that means there are plenty of opportunities for value. Right now, we’re going to be…

FanSided posted a new post, No one should forget Paul George’s Game 3 performance in a do-or-die moment 1 hour, 28 minutes ago