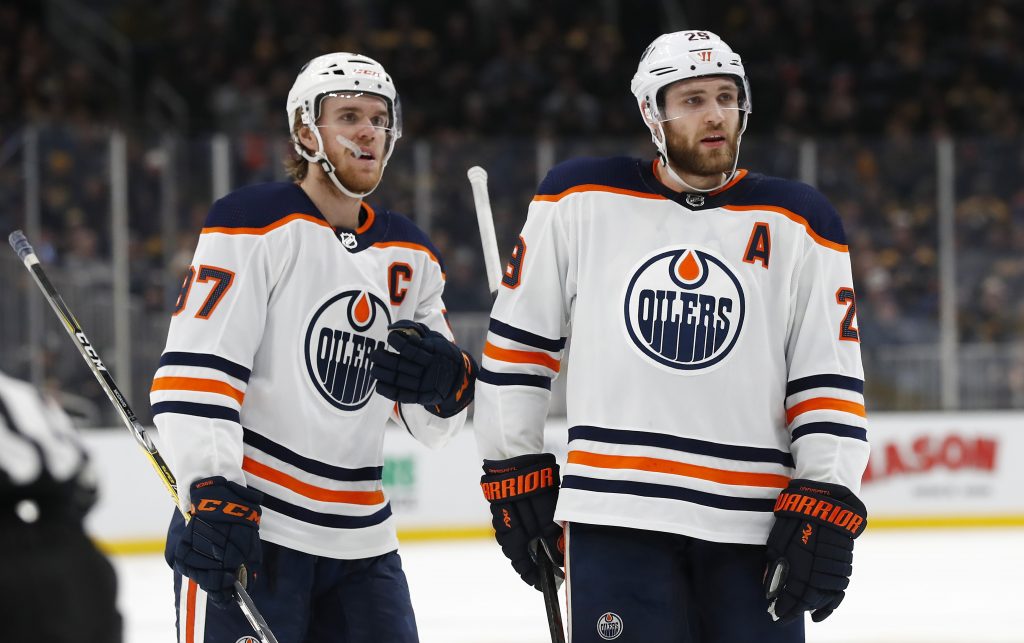 After a nine-game slate on Monday, we are back with just a six-game schedule on Tuesday. The action starts at 7:00 p.m. ET. Here we are going to focus on the player props and will be looking for guys to step up for their teams. Make sure you also check out our picks on the side and total for every game as well.

We will look again to a player from lowly Ottawa to do exactly what he did the other night. Brady Tkachuk being the guy in question and shots on goal being the task we will be looking for. As mentioned, the other night we backed a shots on goal prop for Tkachuk. The line for this prop was 3.5 and he ended up having eight shots on goal. Strangely enough, the Senators played the Canadiens in that game and will play them here tonight as well. Tkachuk now has 85 shots on goal this season, leading the NHL. He is averaging 4.25 shots per game, so we believe there is plenty of reason to back the over here too.

Be sure to check out our full game preview for Montreal Canadiens vs. Ottawa Senators.

The Washington Capitals will look to win their second game in a row when they host the Pittsburgh Penguins on Tuesday night. Here we are going to look to one of their top players to find an assist. That player being Nicklas Backstrom. He leads the team with 14 assists and sits top 10 in the NHL in the same category. Backstrom had two assists in their most recent win, so he is a vital part of this team’s success. With this prop being set at even money, we like Backstrom’s chances to replicate his recent performance against New Jersey. For that reason, we will back the over.

Be sure to check out our full game preview for Pittsburgh Penguins vs. Washington Capitals.

It has been a little while since we went to a Connor McDavid prop, but tonight looks like a decent opportunity. He is coming off a five-point performance against Calgary for starters. In this game, McDavid had a hat trick and two assists. He continues to lead the NHL with 37 points. This breaks down to 25 assists and 12 goals. He is averaging 1.85 points per game, so we believe there is a good chance he will find two points here. The Oilers have faced the Canucks twice this season and McDavid has a total of four points. Because he can do everything for this team and because this prop is at even money, we will back him to generate at two points.

Be sure to check out our full game preview for Edmonton Oilers vs. Vancouver Canucks.

Pickswise is the home of free NHL picks and predictions. Make sure to also check out our ‘NHL parlays‘, ‘NHL best bets‘, and ‘NHL props‘ tabs for free plays all season long.

After a five-game slate on Friday, we have a six-game schedule for Saturday. The action starts at 1:00 p.m. ET, but here we are going…

After a six-game slate on Sunday, we are back again for another six-game schedule on Monday. The action starts at 7:00 p.m. ET. Among the…

After just two games on Wednesday, we are back on Thursday for an eight-game slate. The action starts at 7:00 p.m. ET. Among the teams…

After an eight-game schedule on Sunday, we are in store a much smaller five-game card on Monday night. The original schedule had six games, but…

After the slate on Monday ended up being eight games due to postponements, we are back on Tuesday for just a five-game schedule. The action…

ESPN posted a new post, Nadal, citing back, withdraws from Rotterdam 36 minutes ago

FOXSports posted a new post, Rinse 'N Repeat, Coyotes rally from 3 down to beat Ducks 4-3 in shootout 38 minutes ago