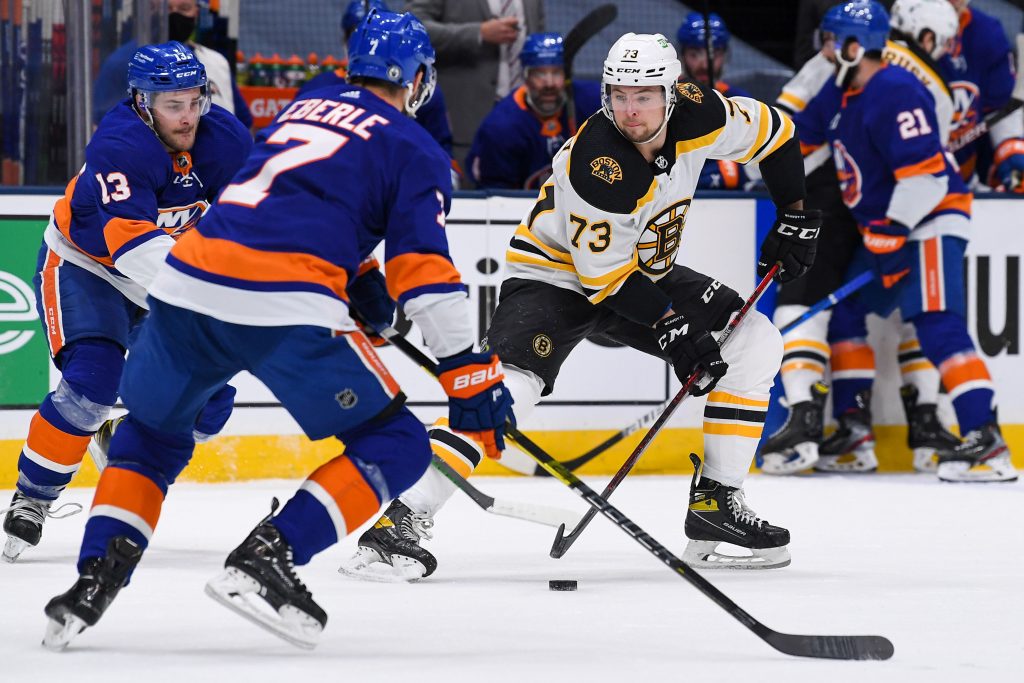 We’ve only have a one-game slate for Wednesday’s NHL card, so we will be looking to find one player for each team that presents some value. Right now, we’re going to be focusing on NHL player props, bringing you a few of our favorite props. Before you bet these, make sure you also check out our picks on the side and total for every game.

Starting with the away team here, the Boston Bruins will be trying to avoid elimination for the first time this season. They failed to capitalize in a Game 5 at home and now must keep the series alive on the road. One of the players who has had a crucial impact in this series is David Pastrnak. We have backed him in a few of the games this series and he just continues to deliver.

Tonight will be no different, as we are going to look for Pastrnak to provide some more offense. He had an impressive three points in Game 5, bringing his point total to eight for the series. Pastrnak has recorded multiple points in two of the five games played and has only failed to record a point in one game this series. He is an important part of what Boston is trying to do and the Islanders do not seem to have much of an answer for him. For that reason, backing Pastrnak to have at least one point will be our play.

On the other side of this game is the New York Islanders. A win in Game 5 win puts them in the drivers seat and they will do everything they can to avoid the dreaded Game 7 in Boston. Tonight we are going to back Jordan Eberle to have over two shots on goal. He is averaging 3.4 shots on goal in the series and has cashed this prop in consecutive games. The one game he did not cash was actually a push, so he has failed to deliver less than two shots on goal in any game this series. Both teams have been highly aggressive, at least in terms of shooting often. Asking Eberle to find at the very least two shots on goal is more than reasonable, making this prop our play tonight.

Be sure to check out our full game preview for Boston Bruins vs. New York Islanders

Pickswise is the home of free NHL picks and predictions. Make sure to also check out our NHL parlays, NHL best bets, and NHL props tabs for free plays all season long.

We’ve got a two-game slate for Saturday’s NHL card, but there are still plenty of opportunities to find some value. Right now, we’re going to…

After a seven-game slate on Tuesday, we are in store for only two games on Wednesday. The action starts at 7:00 p.m. with the Boston…

We’ve got a two-game slate for Monday’s NHL card, but there are still plenty of opportunities to find some value. Right now, we’re going to…

The Boston Bruins and New York Islanders meet Thursday in game three of the NHL East Second Round Playoffs at the Nassau Veterans Memorial Coliseum.…

We’ve got a five-game slate for Friday’s NHL card, which means there are plenty of opportunities for value. Right now, we’re going to be focusing…

SportsHandle posted a new post, Ohio House Leader To Would-Be Sports Bettors: You’re Going To Have To Wait 30 minutes ago