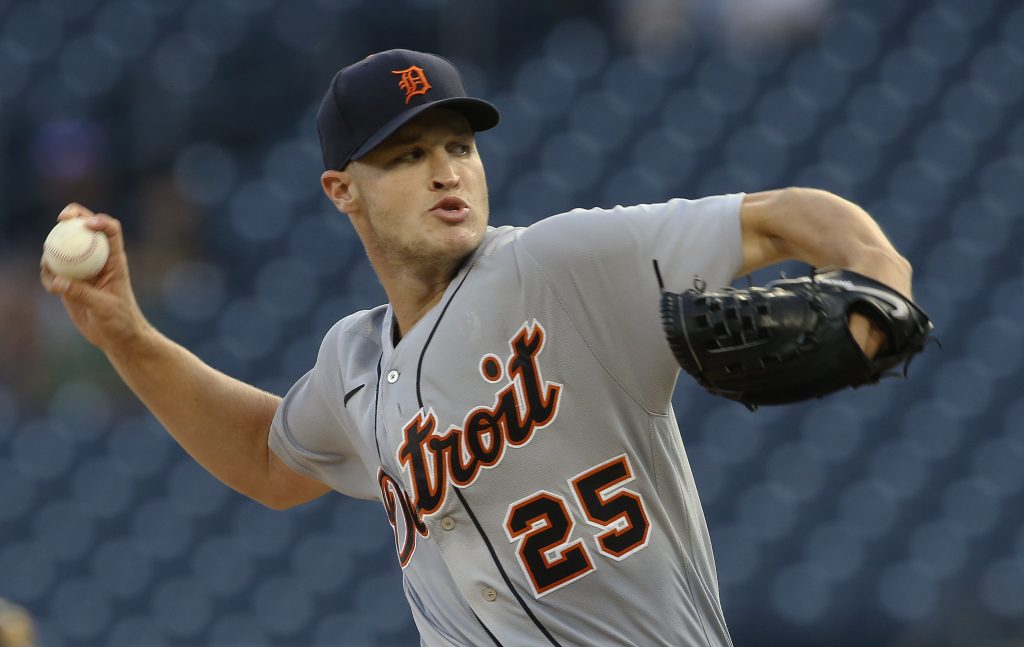 The first thing I did this morning was send a tweet to ask DraftKings if they were alright. I get that it’s the beginning of football season and there’s a lot going on but they can’t lose their composure with MLB player props. What they did to Matt Manning today is downright disrespectful. There’s no other way to say it. Luckily for Manning, when the Detroit Tigers host the Minnesota Twins at 1:10pm ET, he’ll get a chance to defend his name. I can’t wait.

Besides this article, you should definitely check out our experts’ picks on all of the MLB action today. It’s just a smart thing to do. Also, bets can be added to the card, so why not follow me on Twitter in case we get some last-second action? Once lineups are announced for some of these games, there is a chance for opportunity to knock. You should be there to answer it.

Line available at DraftKings at time of publishing.

We have choices when it comes to this one because BetMGM and FanDuel went a much different route than DraftKings. BetMGM has Manning at 3.5 +130 while FanDuel went 3.5 +142. Both of those are deadly but I’m staying with DraftKings on this one. Always price shop these MLB player props.

Manning is not a strikeout guy but 2.5 is way too low even for him. In his last 10 starts, he’s hit this number 8 times. Last time out he had 4 Ks before taking a line drive off his knee, causing him to leave early. I know he struck out the pitcher once and he won’t get that luxury today. He still sat down 3 guys in 3 innings. We can’t take that away from him. It was the Pirates too, and no team in MLB has struck out less than them over the last week.

He’s not exactly getting a strikeout team in the Milwaukee Brewers today but they don’t need to be to get home on this number. They’ve actually been pretty good at not striking out as they’ve whiffed only 38 times in their last 180 at-bats. That shouldn’t scare us off of this bet though. As long as he doesn’t get rocked, we should be in this bet the whole time. This is my favorite MLB player prop today.

Be sure to check out our full game preview for Milwaukee Brewers vs Detroit Tigers.

I’ll ask this because we’re all thinking it. Why are we looking at MLB player prop lines when there is NFL football on today? It’s…

I am going to apologize in advance for not taking Triston McKenzie tonight. His number is 5.5 +120 at DraftKings so it’s priced to move…

Patience is a virtue and we will need it today. Through no fault of my own, I have to wait until 3:10pm ET before I…

People are still talking about the Chris Archer pick from yesterday and as brave as it was, we have to move on. I get that…

espn posted a new post, Machado yells at Tatis in loss: 'It's not about you' 35 minutes ago

FanSided posted a new post, LSU quarterback Max Johnson is on a tear eerily reminiscent of Joe Burrow 49 minutes ago