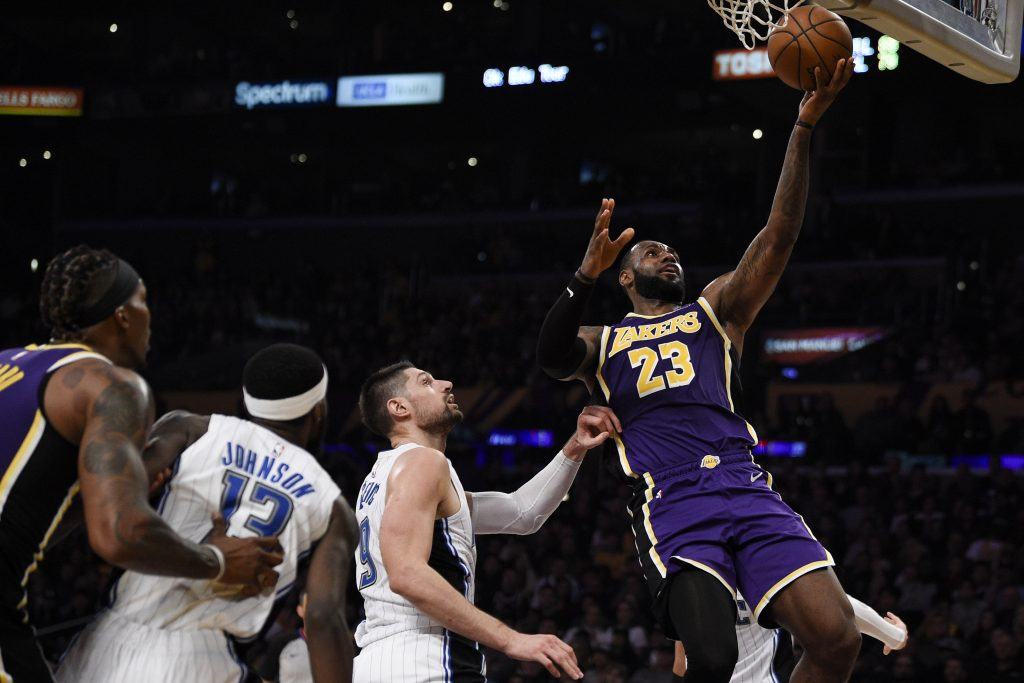 The NBA week is about to kickoff with a jam-packed Monday slate which features some intriguing matchup. You can of course always get our thoughts on the side and total for every NBA game under our ‘NBA Picks‘ tab, but right now we’re going to be talking about props. Player props in the NBA are one of my favorite things to bet, as you can really dig into matchups and how you project a game to flow. Without further ado here are our top three plays for Monday:

I think James is going to have a huge game here. He always relishes the opportunity to play against a former team, and after the Cavs just embarrassed the Nets and their Big 3 I think James will be especially inclined to make a statement. James has played two games against Cleveland since leaving for the Lakers in free agency, and he’s scored at least 31 points both times. This is also the second half of a back to back for the Cavs, so I think they’ll be a bit gassed and not have their legs under them on defense. From a matchup perspective, the Cavs don’t have anyone who can cover James. Isaac Okoro is a promising wing defender, but he’s still a rookie and not big enough to stay in front of James anyway.

After a slow start to the season Doncic has been picking up his assist totals recently, and he now has at least ten dimes in seven of his past ten games. In a game with a total in the 220s, I don’t see any reason to believe he’ll come up short of that here. Denver’s defense has been lackluster this season, and they just gave up 28 assists to Chris Paul over their last two games. These teams just played a few weeks ago and Doncic had 13 assists. Doncic torched the Nuggets for 38 points as well in that game, so I think the Nuggets will go all-out to prevent him from scoring here which will free up more easy looks for teammates.

Harden has been pretty quiet since Kyrie Irving came back and the Nets’ Big 3 was solidified, which has caused oddsmakers to drop this total too low. He’s a sleeping giant, and I think he’s about to wake up big-time here after only attempting eight shots in the first game of this two-game set. Brooklyn put up 128 points in that one, and it was more of a game-flow related fluke than anything else that caused him to wind up with only 12 points. Remember, in his first two games with the Nets he scored at least 32 points both times, so let’s not overreact. Harden has at least 11 assists in all five games with Brooklyn, so it’s not like the ball isn’t in his hands at all.

Pickswise is the home of free NBA picks and predictions. We will cover all the big offseason news before making picks for every game during the 2021 season.

Despite no Kevin Durant, the Brooklyn Nets are feeling it. Last night they took down LeBron James and the Los Angeles Lakers 109-98, who were…

The Brooklyn Nets will have Kyrie Irving available when they head to Detroit to take on the Pistons. Irving was dealing with a sprain on…

The Brooklyn Nets’ first game with Kyrie Irving, Kevin Durant, and James Harden all playing together didn’t go as well as Brooklyn had hoped. The…

We’ve got a jam-packed NBA Tuesday slate this week, we might as well go for a big payday. That’s right, we’re back with another NBA…

The NBA is officially back and in full swing, and things should get crazy during this year unlike any other. We’ve got a nice slate…