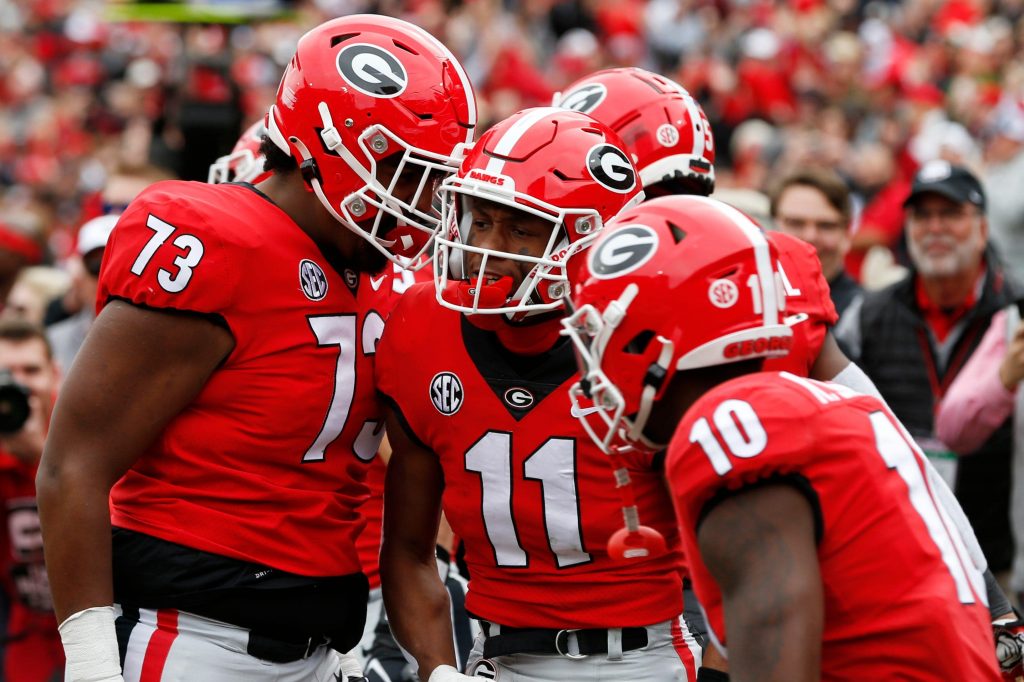 The Georgia Bulldogs finally beat Alabama last season and did so to capture the National Championship. It was especially sweet because for a while it looked like it would be the same old story for Georgia. The Bulldogs lost to Alabama in the SEC title game but had no trouble earning a spot in the College Football Playoff and soon got their revenge.

What will the Dawgs do for an encore? With the 2022 college football season beginning later this month, it’s time to break down the Bulldogs.

The Dawgs are massive -550 favorites to secure another SEC East crown. Florida is a +1000 second choice.

The year 2021 will go down in history for the University of Georgia. After a decade-plus of being bullied by conference rival Alabama, the Bulldogs bounced back from a 41-24 SEC Championship loss to the Crimson Tide to beat ‘Bama 33-18 in the national title game. UGA was led by one of the most dominant defenses of all time. The unit posted three shutouts, held eight teams to single-digits and two others managed only 10 points (Auburn) and 11 points (Michigan in the Orange Bowl). Stetson Bennett more than held his own at quarterback (29 touchdowns, seven interceptions) and Georgia once again cemented its status as “Running Back U” thanks to Zamir White and James Cook. This was quite simply the best team in college football both on paper and on the field.

As is usually the case when a school wins it all, the Dawgs watched a whole host of star players depart for the NFL. Travon Walker went No. 1 overall and a ridiculous five defensive players were selected in the first round. On the other side of the ball, Cook, White and receiver George Pickens have also taken their talents to the next level. Still, head coach Kirby Smart doesn’t rebuild; he reloads. Georgia brings in another elite recruiting class to join the likes of Bennett, tight end Brock Bowers, running back Kenny McIntosh and linebacker Nolan Smith. It may take a while for this younger squad to gel, but the Bulldogs’ title defense should be alive and well by the business end of the 2022 campaign.

When making the College Football Playoff has longer odds (-110) than missing it (-120), it’s an opportunity that should be taken. It’s true that the path through the SEC is tough (much tougher than Ohio State’s in the Big Ten), but this is without question one of the four best teams in college football. Even if the Bulldogs lose twice (which probably won’t happen), they could still get into the tournament if they pass the eye test of the committee. This UGA team is like another Alabama; it can send a million guys to the pros and be just as good the very next year. I would sprinkle some on Georgia to repeat as national champion at +400, as well.

The Georgia Bulldogs found a way to end their championship drought and the college football world is celebrating along with them. For the first time…

The Alabama Crimson Tide will face the Georgia Bulldogs in the College Football Playoff National Championship Game. A pair of SEC titans will clash once again…

The Alabama Crimson Tide look to ruin the Georgia Bulldogs’ championship aspirations once again this college football season. Meeting on the gridiron for the second time this season are…

Looking for a way to keep up with the Georgia football team in the National Championship Game? Check out the Bulldogs’ radio broadcast. Kirby Smart…