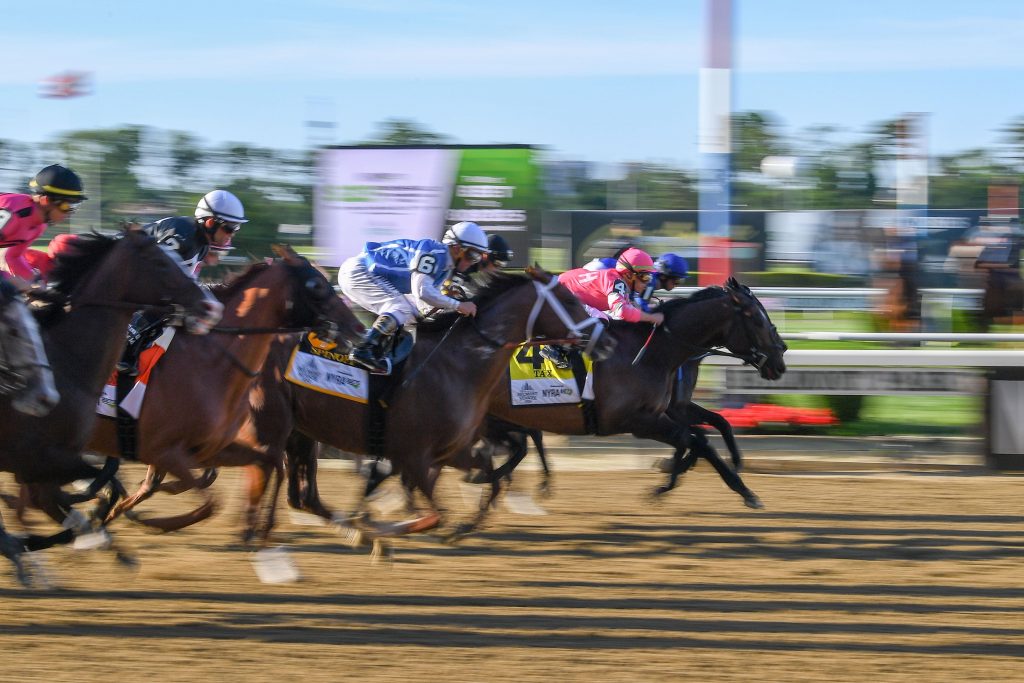 There is plenty of great horse racing action to look forward to across America on Wednesday, including at Parx race track. We are still on fire with our picks; we have hit 59 winners in our last 132 races, profiting 88.9 units during this stretch. Let’s keep it rolling! Here are 4 runners whom we think look to be a class above the opposition in their respective races. It’s time to dive in and take a look at some potentially lucrative plays.

Race 5 at Delaware Park is a $18,000 Claiming event over an extended mile on the turf in which a case can be made for many but it can prove best to side with the likely favourite Ghost Hunter who has won his last two races at this course. Jamie Ness’s gelding is an eleven-year-old now but he knows where the winning line is as is shown with no less than twenty four career victories and he continues to enjoy his racing more than ever. On his best form he was a Grade 3 winner and, although he is in his later years now, he can notch up three wins on the bounce at this course and show his rivals how it’s done.

My Danny Boy is likely to be one of the outsiders in Race 6 at Delaware Park but he has won here and tries an Allowance Optional Claimer for the first time and that may be the level he is most comfortable at. That win here was in a Waiver Maiden Claimer just over a year ago but he has run some credible efforts in various grades since and may just find his niche in this company. There are question marks over the horses at the top of the market so My Danny Boy could upset the apple cart and go very well at a price.

The penultimate race at Delaware Park is a $20,000 Claimer for Fillies and Mares and I like the look of Goodbye Carolina, who is beginning to find her stride as she gains more experience and can follow up her win at this course last time out. This daughter of Uncle Vinny has form figures of 331 from her last three starts and recorded her highest speed figure when having to come wide to win a Maiden Claimer by a neck over Estilo Elegante over an extended seven furlongs on her latest start. This step up to an extended mile is sure to suit and she has a nice inside draw in stall four so, with that in mind, she’s the one to side with in this contest.

A $19,000 Maiden Claimer is the final race on Delaware Park’s Friday card and this one is for three-year-olds and upward over six furlongs on the dirt and Santo can take this. Although this gelding has yet to win a race he has been running well in defeat which include a couple of second placed efforts, one of which was in this grade at Tampa Bay, so I wouldn’t be writing him off just yet. That effort was four starts back and runs since has been a little inconsistent but if he can run close to that Tampa Bay second then he’ll be bang there from what is a perfect draw in stall two.

All of our horse racing predictions and handicapping information at Pickswise come with full analysis, brought to you by industry leaders with decades of experience. Check out our latest Horse Racing Picks today!

There is plenty of great horse racing action to look forward to across America on Wednesday, including at Delaware Park race track. Here are four…

There is plenty of great horse racing action to look forward to across America on Monday, including at Delaware Park race track. Here are three…

There is plenty of great horse racing action to look forward to across America on Friday, including at Laurel Park race track. We are still…

There is plenty of great horse racing action to look forward to across America on Wednesday, including at Delaware Park race track. Here are three…

There is plenty of great horse racing action to look forward to across America on Tuesday, including at Parx race track. We are in scorching-hot…

BleacherReport posted a new post, Did This Arkansas Player Deserve To Get Flagged For This Blindside Hit? 👀 43 minutes ago