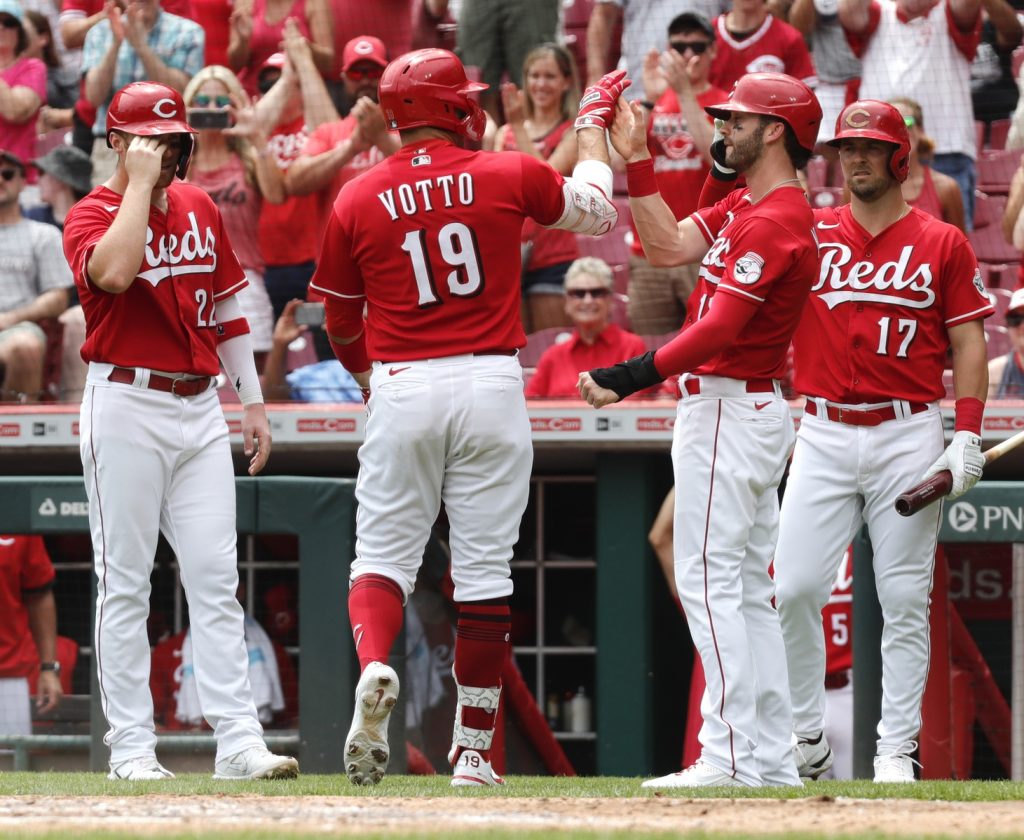 The 2022 MLB season continues on Friday, and we have another exciting slate of games to watch. One of the matchups features the Cincinnati Reds and Milwaukee Brewers, starting at 8:10 pm ET on Apple TV+. This is the opening game of this NL Central rivalry series.

We have come up with a 2-leg parlay, which would pay out at better than 4/1 odds with FanDuel Sportsbook. Let’s take a look at each of the legs.

To start off this same game parlay, we are going with the Reds on the money line. Cincinnati is one of the worst teams in the National League, but the Reds have quietly been playing solid baseball of late. First, they knocked off the red-hot Orioles, taking 3 of 4 in that matchup. Earlier this week, Cincinnati followed that up by winning a series over the Marlins to improve to 6-4 in its last 10 games. The same can’t be said of the Brewers, who were just swept by the Pirates as heavy favorites in each game. Now, Milwaukee heads home, where they have actually been worse offensively this season.

The Reds are starting Robert Duggar, who’s limited sample size in 2022 doesn’t look great on paper. However, Duggar’s xERA of 3.49 is a full point lower than his current ERA and his xWOBA is just .293. Needless to say, Duggar is due for some serious positive regression, and he should get that against a middling lineup. On the other side, Eric Lauer is a regression candidate, with an xWOBA of .375 and xERA of 4.00. Lauer’s last 10 starts have been very up-and-down, so Cincinnati should see success if its lineup gets to him early. At this price, taking a shot on the Reds to pull the upset is worth a look.

Check out our picks for every MLB side and total today

As a rule, including legs that may conflict with each other always increases your odds in a same game parlay. However, I don’t think the Reds having success conflicts with a game under this total. With this pitching matchup, an under doesn’t appear to be the correct play. However, neither of these lineups is anything to write home about. Both the Brewers and Reds have inconsistent offenses, ranking 19th and 24th respectively in team batting average and hits. In fact, the Brewers are exactly 17th in baseball in runs scored at home. So while Milwaukee is the much better side when it comes to generating runs, the Brewers rely heavily on the home run to do so. If Duggar is able to keep the ball in the ballpark — which his 3.70 xSLG suggests he can do — the Brewers could struggle at the plate.

The Reds won’t want to get into a shootout, and shouldn’t be able to do much damage against a stout Brewers bullpen. Look for the majority of runs to come within the first 6 innings, leading us toward a lower-scoring result.