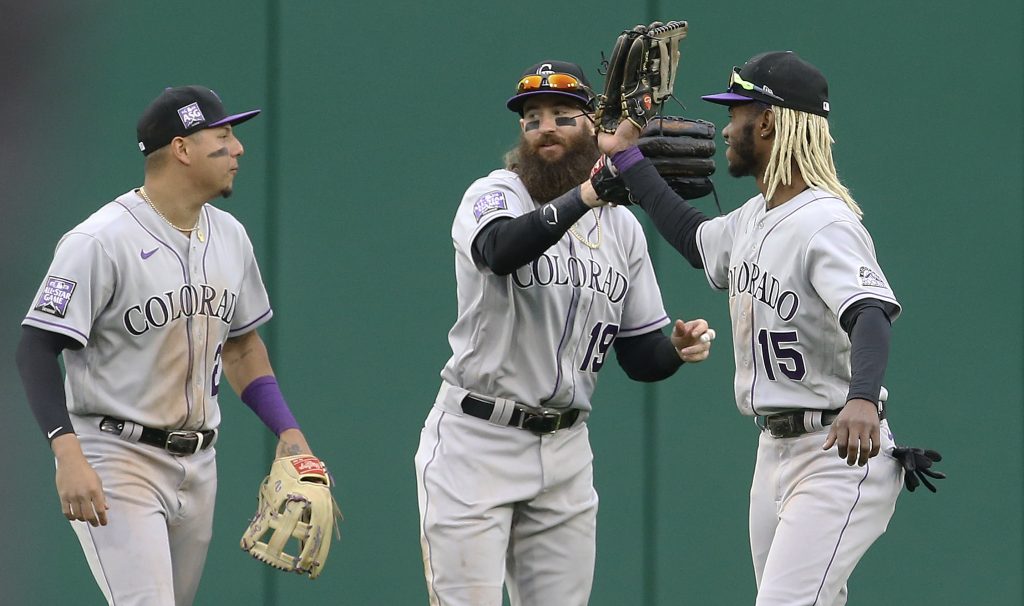 We are approaching the home stretch of the 2021 MLB season and we now know more or less where things stand. We don’t have too many days of regular season baseball left, why not try to go for a big payday? That’s right; we’re back with another MLB mega parlay, this time a 3-teamer with a payout north of 10/1, and we’re counting on the Rockies to pull an upset.

My colleague John Hyslop just cashed the mega parlay on Monday at 11/1 odds, why not make it two days in a row? We’re going big and bold, so let’s not waste any more time. But before we dive in, don’t forget to check out our picks for the side and total on every MLB game, with our team of experts in red-hot form.

Let’s break down each of the legs one by one.

I don’t know how anyone could not want to back the Blue Jays right now. Toronto has had arguably the best offense in the league all season, but they’ve been especially dominant recently. They’ve won 12 of their past 13, and have scored at least eight runs in eight of their last 12. Across their past four contests, they’ve scored an absurd 50 runs. With that kind of lineup and Jose Berrios on the mound here, there’s a lot to like.

Berrios has been having a very good season, and is coming off a start where he gave up only two runs in 6 and 2/3 innings against the Yankees. Tampa Bay has lost four of five, and will send Drew Rasmussen to the mound here for just the eighth start of his career. The Blue Jays will roll once again.

The Rockies got off to a disastrous start this season, but they’ve been a very solid team ever since. They just took three out of four from the Phillies, and aren’t nearly as bad as most people (and oddsmakers) seem to think. These teams just played a series a couple weeks ago, and Colorado took two of three from Atlanta. The Rockies will start Jon Gray, and although he had a rough August, he was having a great year before that.

Atlanta is just 8-10 in their last 18 games, so I’m certainly not afraid of fading them. Braves starter Touki Toussaint has been shaky lately, and has lasted only three innings in each of his last two starts. His last time out, he walked four guys before getting pulled after three.

To wrap this mega parlay up, we’ve got the A’s. This is about as big of a pitching matchup as you can get. Frankie Montas for Oakland and Jackson Kowar for Kansas City. Kowar is a rookie who has made only four career starts. They haven’t gone well. He’s got a 9.53 ERA and 1.88 WHIP so far. In his most recent outing, he gave up six earned runs to the Orioles.

The Royals have lost each of the five games that he’s appeared in, with four of those losses coming by at least four runs. On the flip side, Montas has been amazing lately. In two September starts, he has a 2.63 ERA. In August his ERA was 2.03, and in July it was 2.30. You get the idea. Over his last four starts, he’s given up four total runs.

Pickswise is the home of free MLB Picks. Check out the latest MLB Prop Bets and MLB Parlays as well as our MLB Best Bets from the experts.

The Tampa Bay Rays and Toronto Blue Jays meet Tuesday in MLB action at Rogers Centre. The Rays need a win after losing four of…

Friday is a loaded slate across the MLB and there are even a couple of doubleheaders sprinkled in. With so many games to choose from,…

The Toronto Blue Jays and Tampa Bay Rays meet Tuesday in MLB action at Tropicana Field. The Blue Jays look for a win after winning…

It’s not a full slate of games on Thursday, but there is still plenty of value across the board for free MLB parlays. Let’s take…

ActionNetwork posted a new post, Penn State vs. Villanova Promo: Bet $10, Win $200 if Either Team Scores a Touchdown! 21 minutes ago