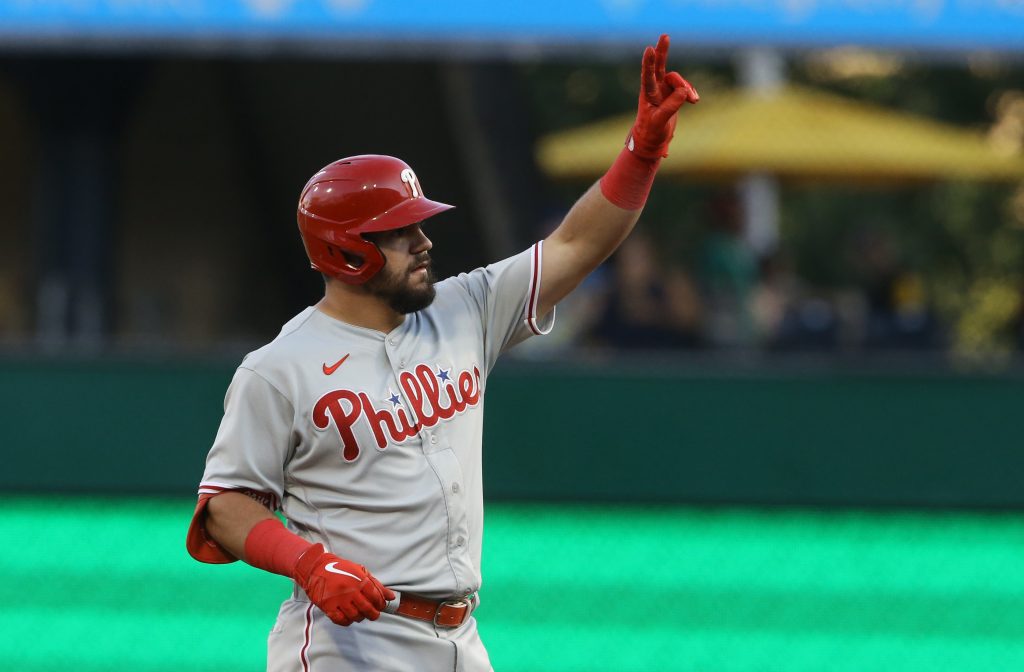 The Phillies were able to win last night’s abbreviated series opener behind new pitcher acquisition, Noah Syndergaard. The Nationals also added to their starting rotation with MacKenzie Gore from the Padres in the Juan Soto blockbuster trade. However, he immediately went on the injured list. As if things in Washington couldn’t get any worse, something else always seems to come up. This is still an important series for the Phillies, as they try to keep themselves at the top of the wildcard race until the return of Bryce Harper. With so much going on with both teams, there are plenty of ways to make Friday’s game profitable. Along with this same game parlay, be sure to check out our thoughts on the side and total for all of today’s games.

Let’s take a closer look at each leg of our same game parlay.

After having a former ace in Syndergaard open up the series, the Nats aren’t catching much of a break on Friday. While it won’t be their true ace Zack Wheeler just yet, Kyle Gibson has been solid this season. Despite being divisional opponents, he’s somehow avoided pitching against Washington this season. It’s safe to say he’s lucked out in that regard, with the Nationals now-depleted lineup. That should allow Gibson to record back-to-back wins after helping the Phillies handle the Braves 7-2 in his most recent start.

If Philly can convincingly defeat 1 of the league’s best teams behind Gibson, they should have no issue in doing so against the Nats. Washington will be giving it their best shot, as they’re starting their ace and former-Dodger Josiah Gray. However, that’s more of a title by default, as the Nats have the worst overall pitching staff in baseball. Therefore, it’s no surprise why they remain with the league’s worst record as well. There was always the hope that they could get enough run support behind Soto and Josh Bell, but that dream has obviously shattered. Washington has lost by multiple runs in 4 of Gray’s last 5 starts, and losing their best players doesn’t give any confidence in them keeping this game close.

The Phillies have been able to keep their head above water since the Harper injury, but they still haven’t been quite as potent at the plate. They’ve been very reliant on the top of their lineup, which has allowed them to have some low-scoring wins over the past couple of weeks. They entered the all-star break winning 2 of their last 3 games with totals of just 3 and 4 total runs. Since then, they’ve won games with totals of 6, 3, and 4 total runs all within the past week. Similarly, Gibson just held the high-powered Braves to just 2 runs, and shut out the NL MVP-favorite Paul Goldschmidt and the Cardinals less than a month ago.

While the Nationals pitching is terrible overall, Gray can at least keep things reasonable. Not only will he not be facing Harper this time around, his 2 starts against the Phillies this season have easily stayed under the total. His 1st was a 3-run game, and his most recent ended with just 5 total runs. That was also the total in his most recent start, a 5-0 loss to the Cardinals. A multi-run, low-scoring win exactly like that is what should be in store for tonight’s game. That’s also how the Phillies finished off their series heading into this one, with a 3-1 win over the Braves. There may be a couple of more runs than that, but not enough to go over the total.

Also check out our YRFI/NRFI best bets for today!

Targeting a hitting prop while also predicting an under always helps boost the odds while not contradicting the play. Unless rules have changed, a simple extra-base hit, or even a leadoff home run doesn’t generate 9 runs. Those early bombs are no stranger to Kyle Schwarber, as he has 33 home runs on the season. That’s the most in the National League and behind only AL MVP-favorite Aaron Judge for the most overall.

It’s also what has helped Schwarber accumulate 190 total bases on the season, the 9th-most in the National League. Not only has he kept this lineup on par with Harper’s absence, he’s done great against Gray. It isn’t the largest sample size but it’s a convincing one. Schwarber is 4-for-8 against the Nats starter, with a double and 2 home runs. While that ridiculous 1.375 slugging percentage may not be sustainable long term, he can add to it with another extra-base hit tonight.

For the first time in the Jim Harbaugh era, the Michigan Wolverines captured the Big Ten title in 2021. Not coincidentally, last season also marked…

The Georgia Bulldogs finally beat Alabama last season and did so to capture the National Championship. It was especially sweet because for a while it…

The 2022 campaign could be revenge tour for the Ohio State Buckeyes, who were heavily favored in the Big Ten last year but suffered a…

Joe Burrow ain’t walkin’ through that door. Neither is Coach O, for that matter. It’s a new era for the LSU Tigers, who saw Burrow…

Following a one-year hiatus from the College Football Playoff, is the Clemson Tigers’ roar ready to be restored? It’s quite possible. Although a 10-3 record…