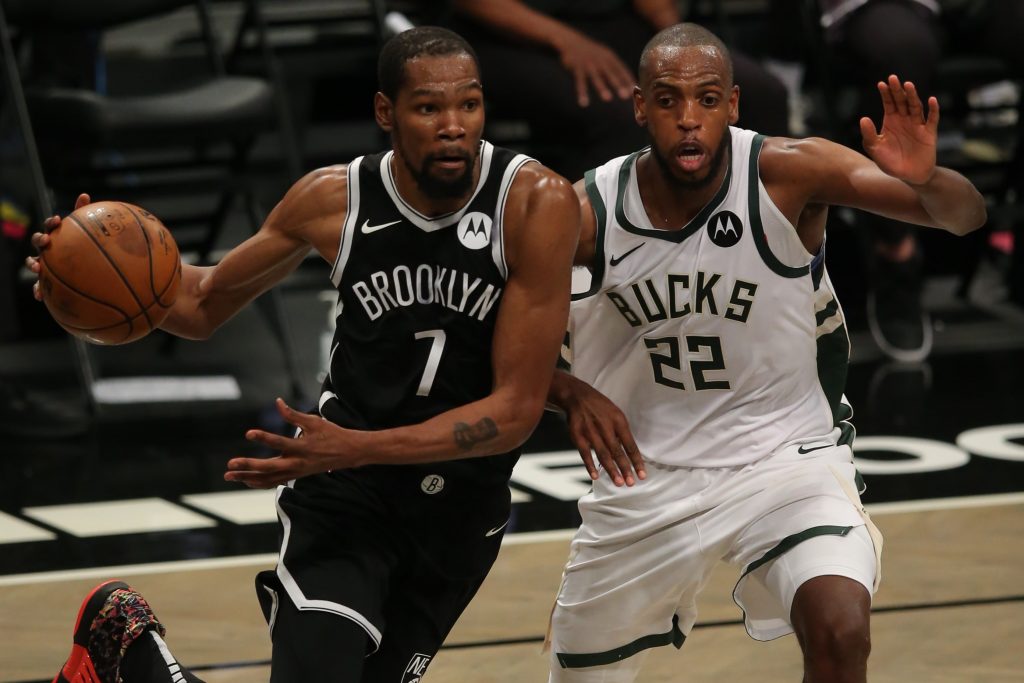 Game 3 between the Brooklyn Nets vs. Milwaukee Bucks promises to be a good one as the Bucks simply cannot afford to go down 3-0.

You can catch that game live on ESPN at 7.30pm, we’ve picked out our favorite bets and put them together in a same game parlay.

Be sure to also check our picks on the side and total for Utah Jazz vs. LA Clippers; let’s focus on the Nets and Bucks now!

Pride is on the line for the Bucks after their two losses, especially after getting destroyed by 39 points in Game 2. They did beat the Nets twice this year at home, so that gives me hope they can at least get Game 3 and make it a series out of this. Milwaukee is 6-1 ATS in their last seven against a team with a winning road record. They’ve also covered in four of their last five games as the favorite. Nets are only 3-9 SU in their last 12 visits to Milwaukee and have beaten the Bucks six times in the last 20 meetings. Not having James Harden has to catch up to them eventually, count on Jrue Holiday to stop Kyrie Irving tonight and that should have a big impact on this game.

Check out our Brooklyn Nets vs. Milwaukee Bucks Game 3 Preview.

Getting -112 on this bet is really good value considering Griffin has gone Over 1.5 Threes just once in seven postseason games so far. That was in the opening game of this series played in Brooklyn where he went 4-9 from deep, I doubt he will get that many attempts again any time soon. With the series now going on the road to Milwaukee I expect Griffin’s numbers to regress and go back to what they were in the series against the Celtics where he averaged just 4.8 points per game and attempted only two three-pointers without making one.

Middleton has upped his average of six rebounds per game during the regular season to 7.5 per game in these playoffs. His scoring has been down in the first two games in this series, but the good thing is his rebounding is still there – he’s averaging nine per game so far. He has gone Over 6.5 Rebounds in three of his last four games. The Nets will have to cool off eventually and miss some shots, let’s hope tonight is the night and Middleton takes full advantage of those misses on the boards.

Forbes has had relatively good success against the Brooklyn Nets during the regular season averaging 10 points per game while playing 18.7 minutes per game. His shooting splits were 45-50-100 which is exactly what you want from your role player. Over his last 10 outings he has upped his scoring to 10.9 points per game and in the Game 2 loss he had 10 points. In six games so far in these Playoffs he’s averaging 12.5 points and has had two games of 22 points in the first round series against the Miami Heat. Role players usually tend to play better at home, he and Bobby Portis could have a major impact on the game tonight. I expect Forbes to get at least 10 points here.

The Brooklyn Nets and Milwaukee Bucks meet Sunday in Game 4 of the NBA Playoffs Semifinals at the Fiserv Forum. The Nets look to take…

The Milwaukee Bucks and Brooklyn Nets meet Monday in game two of the NBA Playoffs Semifinals at the Barclays Center. The Bucks need a win…

ESPN posted a new post, France's stars rolled up their sleeves to beat Germany. Here's what else we learned from first round of games 18 minutes ago

SportsGrid posted a new post, Kawhi Leonard Unlikely to Play Wednesday vs. Jazz; Status for Rest of Series in Doubt 33 minutes ago