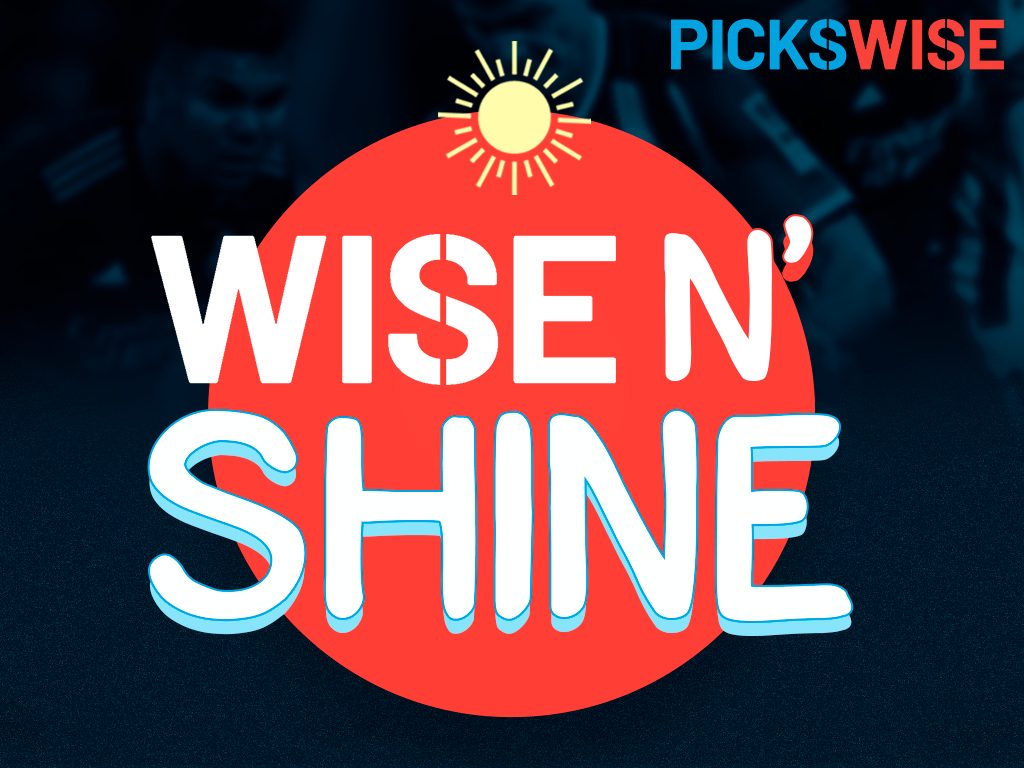 Good morning, Pickswise Nation. It was great to have football back with us last night and we have another fantastic Friday of sports ahead with a big day of baseball, plus Premier Lacrosse League and soccer games. Let’s get straight to making your next bet better!

Angels hit 7 home runs but still lose
Things have not been going well for the Angels this season and they added another loss in weird fashion on Thursday as they blasted 7 solo home runs but still lost 8-7 to the Athletics. The Rockies ended the Padres’ 5-game winning streak with a 7-3 victory, while the Phillies beat the Nationals 5-4 in a rain-shortened 5-inning game and the Mets beat the Braves 6-4. The Pickswise team went 7-5-1 on ML/RL picks and 8-3-2 on totals.

Raiders win in Canton
We cashed our first pick of the NFL preseason as the Raiders beat the Jaguars 27-11 in the Hall of Fame Game in Canton. Ricky Dimon’s pick of over 30.5 points was a winner as Las Vegas held on after taking a 20-0 first-half lead.

Busy night of baseball
We have a 14-game MLB slate today, with one afternoon game as the Marlins visit the Cubs at 2:20 pm ET. Apple TV+ is showing Nationals vs Phillies at 7:05 pm ET and Reds vs Brewers at 8:10 pm ET, with Red Sox vs Royals on ESPN+ at 8:10 pm ET. Read today’s MLB game previews.

PLL Week 9 action
There are 3 Premier Lacrosse games tomorrow but also one tonight as the Cannons play the Redwoods at 9:00pm ET on ESPN. Read this week’s lacrosse previews.

Best Bet of the Day

The Astros received a masterful performance from their ace last night in the series opener against Cleveland, winning 6-0 behind Justin Verlander. They’ll turn to another one of their reliable arms in Framber Valdez tonight, who should give the Astros the upper hand again as Cleveland opposes him with rookie pitcher Hunter Gaddis making his first MLB start. Gaddis has made only 2 starts in AAA and the Astros possess one of the league’s best lineups. Lefty Valdez has a 9-4 record and Cleveland ranks as one of the worst hitting teams against left-handers, so look for Valdez to lead the Astros to another victory on the run line. Read our full game preview for Astros vs Guardians.

Don’t forget to check out our daily show Let’s Bet It! on our YouTube channel at https://youtube.com/c/Pickswise at 10:00 am ET.

Lauren Jbara and Jared Smith are your hosts today and they will be joined by Super Bowl champion and member of the New Orleans Saints Hall of Fame Lance Moore to preview the NFC South. They will also be giving their best bets for today’s MLB games and revealing their Plays of the Day.

You can also access the show at any time through Spotify and Apple Podcasts (search for Let’s Bet It Presented By Pickswise).

Get up to speed with today’s baseball by reading our MLB mega parlay, today’s YRFI/NRFI best bets and same game parlays for Nationals vs Phillies and Red Sox vs Royals.

Our NFL preview is getting bigger every day and you can check out our early picks for the Super Bowl, AFC and NFC as well as the latest additions including our previews of the AFC West teams, the Broncos, Raiders, Chargers and Chiefs.

We’re on an 8-1 run with our PLL best bets and also have the top lacrosse prop bets for Week 9.

Our college football preview has expanded with previews of the Georgia Bulldogs and Ohio State Buckeyes, and soccer fans can get ready for the new EPL season with our 2022-23 Premier League predictions and our Saturday EPL parlay.

Read all of our great sports analysis as it arrives throughout the day on the Analysis tab.

Stat of the Day

Today’s Mets starter Taijuan Walker is 9-2 on the season and New York has won 4 of his last 5 starts.

Quote of the Day

“It was definitely an exciting feeling. It was my first but there’s plenty more to come.”

First overall draft pick Trayvon Walker enjoyed his first sack for the Jaguars. He would have had his first sack on the first play of the game against the Raiders but was flagged for roughing the passer.

Pickswise is the home of free sports picks, news, and best bets. Check out our expert NBA picks, NHL picks, MLB picks and Soccer picks for the latest game picks.

The post Wise n’ Shine: What you need to know to bet better on Friday, August 6 appeared first on Pickswise.

After a midseason break, the Premier Lacrosse League season is heating up. The PLL returns for Week 8 of its fourth season this weekend in…